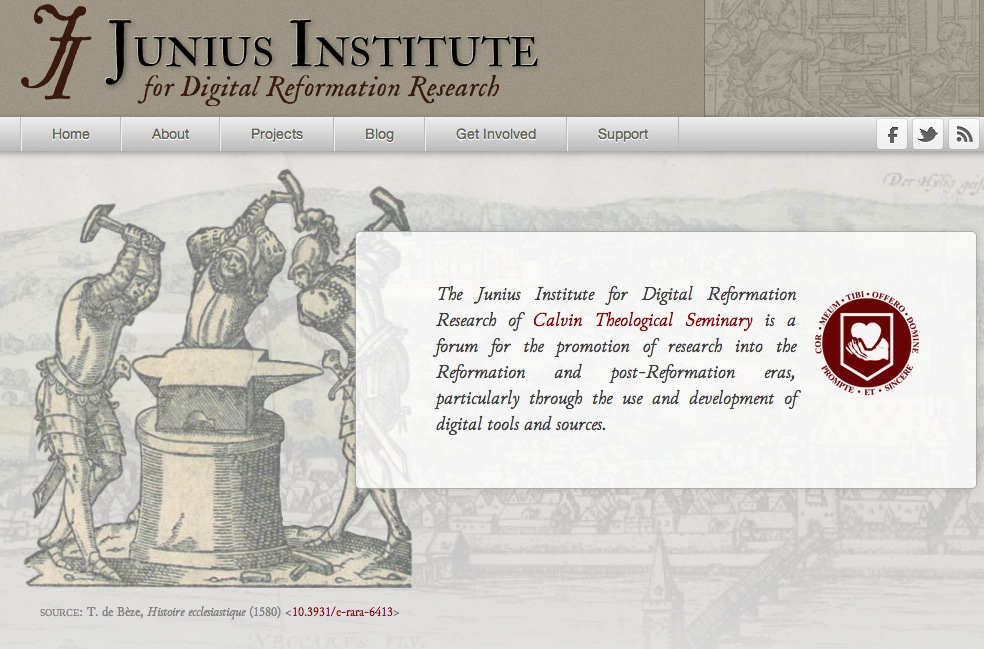 Given that Herman Bavinck’s Reformed Dogmatics stands firmly within the theological tradition of the great sixteenth- and seventeenth-century Protestant scholastic doctors of the church, Bavinck scholars will be delighted at today’s announcement of the launch of the Junius Institute for Digital Reformation Research at Calvin Seminary.

Scholars and students have a new research center devoted to developing digital tools, resources, and scholarship focused on the religious reformations of the early modern era, particularly arising out of the Protestant Reformation of the 16th century. . . .

The institute is conceived as a forum to promote research into the Reformation and post-Reformation periods, covering the 16th to the 18th centuries, through the use of digital tools, skills, and resources. The Junius Institute will house the Post-Reformation Digital Library (PRDL), an electronic database covering thousands of authors and primary source documents on the development of theology and philosophy in these centuries. With the click of a few buttons, researchers can now download digital files with source material from hundreds of years ago. (Excerpted from the JI press release)