Audio recordings of lectures from the 12–14 October 2011 international Bavinck conference, “After 9/11/11 . . . What? Reformed Theology and the Church’s Global Mission Today,” are now available on our web site. 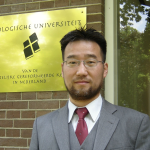 On November 7, 2011, at the Historical Documentation Center for Dutch Protestantism (1800–present), part of the Library of the VU University, Amsterdam, Dr. Tae Hyeun Park presented the Korean translation of the Herman Bavinck’s four-volume Reformed Dogmatics (originally published 1895–1901). Dr. Park has been working on this translation for the past four years under the direction of VU University professors Dr. Martien E. Brinkman and Dr. George Harinck.

“The Korean edition of Reformed Dogmatics means to get a highway for Korean churches that are on the way to the development of Reformed theology,” according to one of those who introduced the volumes at its presentation in Seoul.

The first printing of the Korean translation appeared in early October and was sold out in a few days. The second printing is selling so well that a third printing is being planned. 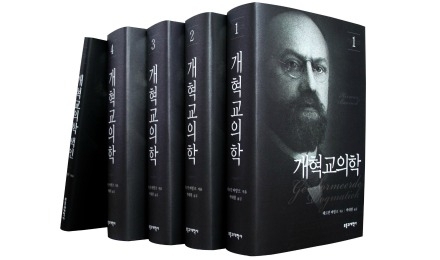 The translation was made possible thanks to support from the Foundation Pro Religione et Libertate and the Historical Documentation Center at the VU University. 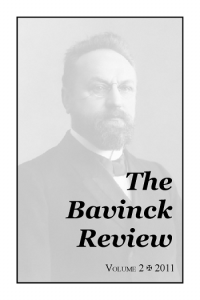 “Will I Remain Standing?”: A Cathartic Reading of Herman Bavinck by Willem J. de Wit

Herman Bavinck and Augustine on Epistemology by Michael S. Chen

“To See Darkness, To Hear Silence”: St. Augustine, Herman Bavinck, and the Incomprehensibility of Evil by Travis Ryan Pickell

Herman Bavinck and Radical Orthodoxy: Elements of Participation in the Reformed Dogmatics by Wolter Huttinga

An Impenetrable Mystery: Herman Bavinck’s Concept of Regeneration and its Sources by Aart Goedvree

The Kingdom of God, The Highest Good by Herman Bavinck, translated by Nelson D. Kloosterman

SBET 29.1 will be available in early June. The Rutherford House is offering this special Bavinck issue to non-SBET subscribers for the following prices (USD), postpaid:

Orders may be placed by check or CC. Checks should be made out to “Rutherford House” and mailed to the following address:

On 6 April 2011 Professor John Bolt delivered the following lecture for the annual Den Dulk lecture series at Westminster Seminary California: “What Herman Bavinck Taught Me.” Bolt summarizes under four headings what he has learned from his 30 years of engaging Bavinck’s work: What Bavinck taught me about

The following is a list of confirmed speakers for the 12-14 October 2011 international Bavinck conference, “After 9/11/11. . . . What? Reformed Theology and the Church’s Global Mission Today,” to be held at Calvin Theological Seminary:

Details regarding conference registration, schedule, and accommodations are forthcoming. 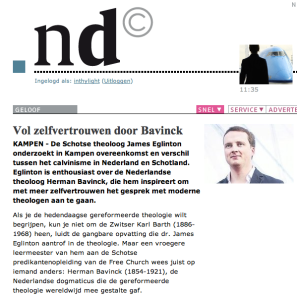 In the interview Eglinton reflects upon Bavinck’s distinctively orthodox and modern theological perspective in contrast with the neo-orthodox theology of Karl Barth. “Bavinck is really an alternative,” remarks Eglinton, “he takes a different direction than Barth.”

Furthermore, Eglinton notes that Bavinck chose a different mode of engagement with the modern world as compared with his fellow Dutch Calvinists.

He chose to go as an orthodox Reformed theologian in dialogue with the modern world, including theology, whereas many Calvinists sought to avoid the modern world. Unlike his contemporary, Abraham Kuyper, who sought to ground his thinking in a constant antithetical confrontation, Bavinck was properly respectful in conversation without leaving his orthodox views. Instead of seeking confrontation, he sought to bring his own views to a more profound depth.

In the remainder of the interview Eglinton reflects upon the similarities and differences between Calvinism in Scotland and in the Netherlands. He is currently studying this topic, and he plans to publish a book about it.

The Bavinck Institute at Calvin Theological Seminary is pleased to announce a call for papers for the October 12-14, 2011, international Bavinck Conference, entitled, After 9/11/11…What? Reformed Theology and the Church’s Global Mission Today.

are invited to submit papers for a scholarship contest and a pre-conference discussion with Bavinck scholars on October 12, 2011. Please send paper proposals to office of Continuing Education.

The conference will be held at Calvin Theological Seminary in Grand Rapids, Michigan, USA (map). Further details regarding the conference schedule, speakers, rates, registration, and accommodations will be posted on this website shortly.

A portion of Dr. Harinck’s publication of Bavinck’s travel journal has been made available as a PDF at the Koninklijke Bibliotheek web site. The original hand-written manuscript resides in the Bavinck archives of the Historisch Documentatiecentrum voor het Nederlands Protestantisme at the Free University, Amsterdam, which Dr. Harinck directs.

The journal dates back to 1892 when Bavinck travelled to the United States and Canada primarily to deliver an address to the Fifth General Council of the Alliance of the Reformed Churches holding the Presbyterian System, Toronto, 1892: “The influence of the Protestant Reformation on the moral and religious condition of communities and nations.” Bavinck’s conclusion to this volume is of interest:

Let American Christianity develop according to its own law. God has entrusted America with a high and great calling. Let it pursue that in its own way. After all, Calvinism is not the only truth.

The occasion of the award is the public launch of a volume on Dutch travel literature by Jan Blokker, De Nederlandse Reisliteratuur in 80 en Enige Verhalen (Koninklijke Biblotheek en Prometheus, 2010). Here is Blokker’s description of Bavinck’s journal:

The travel narrative of dominee Bavinck is decidedly unprejudiced and written with astonishment and admiration. He travelled through the United States at a time when the continent was truly “new” for Europeans. His judgment about the religious life of Americans (a topic close to his heart) bears witness to a great openness. This account is an intellectual tour de force.

Congratulations to Dr. Harinck, and our best wishes for him and for the Documentatiecentrum.